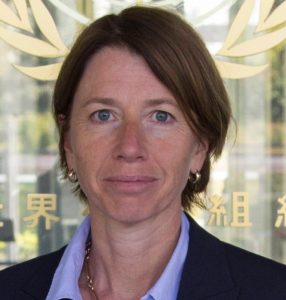 When Ms Officer joined the WHO in 2006, she originally served as Coordinator for the Disability and Rehabilitation Team from 2007 to 2014. In 2014, she made the move to the Department of Ageing and Life Course where she leads the development of the World Report on Ageing and Health, and supports the development of the Global Strategy and Action Plan on Ageing and Health. Additionally, Ms Officer oversees the WHO’s work on age-friendly environments, a key theme of the IFA 15th Global Conference on Ageing.

As a global thought leader, Ms Officer’s intellectual rigour, authenticity and inspiration stand apart from the best, as does her commitment and dedication to the field of healthy ageing. The IFA is thrilled that the powerful voice of Ms Officer will be showcased at the conference to combat outdated stereotypes and misconceptions of older age and bring a knowledgeable, evidence-based perspective on how to bring about positive change for an ageing population.

The IFA, with general consultative status with the United Nations and in official relations with the WHO, is dedicated to the priorities set forth by these organizations as they relate to healthy ageing, and acting as both the secretariat and as an affiliate for the WHO Global Network of Age Friendly Cities and Communities, is committed to driving the creation of age-friendly environments globally.